Eighteen honours and 464 appearances later, the pass-master has hung up his boots at the end of a glittering playing career and is now fully focused on his new role of first-team coach.

Jose Mourinho integrated his club captain into his staff last term. However, despite how well documented it was that the Portuguese boss wanted to keep hold of his midfielder post-retirement, Michael was surprised to be offered such a big opportunity so soon.

“I was hoping to be involved somewhere down the line, but I don’t think anyone could expect to be offered the role I have been offered straight away,” he said.

“Time will tell how successful it will be, all I can do is give it my best shot. I’m well aware that being a decent player doesn’t give you the right to be a good coach, it will require a lot of hard work and I’m willing to do that.”

Like many professional footballers, Michael has been taking his coaching badges over the last couple of years, completing his UEFA A Licence last year.

There’s often talk around the elite levels of the game of how much of a loss it is when players (especially British) who have had such successful careers come out of the sport with the lure of media work, or just wanting time away, often playing a big part.

However, in recent months, there has been a positive change with former England international colleagues Frank Lampard and Steven Gerrard taking their respective managerial roles at Derby County and Rangers.

Now Michael, who started his UEFA Pro Licence in January, is excited at the prospect of tackling a new challenge on the touchline.

“I haven’t looked back on my career too much, I’m just looking forward to it.

“It’s not really about me, it’s about how I can help the manager, first and foremost and help the players improve.

Slightly different experience for me today, one I certainly enjoyed. It’s all part of the learning process. More importantly it was the 3 points we wanted ⚽⚽?⚫

Alongside his first-team commitments Michael will also be giving a lot of his time to the very successful Michael Carrick Foundation.

The charity has gone from strength to strength and Michael recently told us a lot more about the Foundation, its goals, and what is means to him.

A big challenge for Michael will be making the transition from player to coach – something then team-mate and United legend Ryan Giggs did back in 2014.

The Welshman had already been a player-coach and interim player-manager at the club by the time he became a full-time staff member under Louis van Gaal at the start of the 2014/5 season.

And Michael is grateful to Mourinho that he was able to get a taster last term (which included being part of Jose’s management team in the FA Cup Final)  of what it will be like to use his leadership skills as a coach rather than a team-mate.

“I did a couple of bits towards the end of last season, more of a transitional thing which was a great idea from the manager and I think that worked well,” he said.

“The players have been as good as gold, hopefully it’s a respect thing. I show them respect, I respect all of them and you hope to get that back.

“We all understand that it’s a different role for me now, but I’m not going to change as a person.

“Again it comes back to helping them as much as I can. Anything I can do to help them individually or as a team is kind of my role now.”

It’s clear that Michael is delighted to get the chance to help the first-team at the club he has enjoyed such success with over the last 12 years but added motivation comes with the chance of getting to work alongside and learn from Jose Mourinho.

Jose is regarded as one of the best managers in the world and, having played under him for the last two seasons, Michael now gets the chance to see the hard work that’s needed to reach the top of that profession.

“Obviously Jose is one of the best around, and has been for quite some time, so to be in the position, I’m very fortunate.

“As a player, especially a younger player you don’t turn up and think ‘why’s that happening?’ You don’t really think much into it. Whereas when I came to the end of my career I started working with the manager and started to realise why certain things were done and what it takes.

“I think the more you go down the coaching route, the more you do your badges, you work with different people, you understand how much work goes in.” 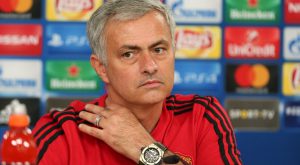 Michael will be learning from one of the world’s most successful managers in Jose Mourinho.

A question that’s asked to high-profile ex-players turned coaches is if they have aspirations to one day be a number 1. Not all want to go down that route, with some naturally not comfortable with all that comes with the hot seat.

But Michael, who spent most of his playing career working under Britain’s most successful manager, Sir Alex Ferguson, admits he’d like to take on that challenge in the future.

“Obviously asking me now I would have to say yes, one day I would like to give it a go.

“But I’m not getting ahead of myself at all, I’ll take it one step at a time. I’ll see how next season goes and ask myself ‘do I enjoy it?, am I bringing enough?’.

“I don’t want to look too far ahead, but of course becoming a manager motivates me to improve and become as good as I can.”

Here at Skillequal we have been immensely proud of what Michael has achieved. We have learnt so much from him as a person and, with his Foundation also making a difference, we are certain his new career on the other side of the white line will follow suit.

Our very own David Giess has supported the midfielder since he was 17 and Michael expressed that trust is the reason their relationship has flourished.

“The trust element is absolutely massive, especially if you are a young player at the beginning of your career and you get tied up with the wrong person, who has the wrong motivations and is chasing the pound note too quickly and using you as bait – it’s quite sad when that happens.

“But luckily enough for me, David has been as good as I could hope for, he hasn’t always done things that have necessarily benefited him in a way, but he has always done what’s right for me.

“I have been with David now since I was 17. I have had no reason to go elsewhere, and have been with him my whole career. I think that says enough about the trust I have with him and Skillequal as a whole.”