They say loyalty is dead in football, but Matt Bloomfield has proved that isn’t totally the case.

The man who should simply be known as ‘Mr Wycombe Wanderers’ is representing the club for a 15th consecutive season.

During that time he’s made over 460 appearances, scoring the opener in the New Year’s Day victory at Forest Green Rovers on his 400th league outing.

Now in the heat of a promotion battle, Blooms spoke with us about his unique career, love for the Buckinghamshire club and planning for life after football.

Although it feels like Matt has always been at Adams Park, the midfielder grew up in Suffolk and made his breakthrough with boyhood club Ipswich Town.

“I was picked up by Ipswich at 12 playing for my local village team and I stayed there until I was 19,” he said.

“Obviously for me it was a dream come true, I supported the club as a child and never thought I would get the chance to play professionally, but the next thing I knew I was running around in an Ipswich kit and loving every moment.”

Unfortunately for Matt his time at Portman Road was cut short after just one professional appearance.

However, despite finding it difficult to leave the Tractor Boys, he understands it was necessary and was of benefit to him.

“It was obviously a huge shame and a massive wrench for me to have to leave when I did but to make progress I had to take one step back to drop down to Wycombe.

“I hated leaving but to play for Ipswich was a huge buzz. I made one professional appearance for the club I supported as a boy and not many can say that, so it was a massive moment for me.”

Like most determined youngsters in the game, Matt wasn’t going to let his childhood dream drift away. Football was the one thing on his mind from an early age and there didn’t seem to be any alternative.

“In all of my career meetings at school, between the age of 13-15, the only thing I said I ever wanted to do was play football, nothing else entered my mind,” he said.

“It was in those years where I thought to myself that I really need to knuckle down and do this to give me the best chance I can.

“Ipswich gave me the best upbringing I could have asked for and luckily it gave me the grounding to have a long career in the game.

“If it hadn’t of worked out, god knows what I would be doing.”

“Skillequal have been representing me for the best part of 15 years. Dave Giess has sorted everything and he’s been there as a constant support throughout my career. Being at the level I have, I haven’t been able to earn the sort of money as some of their top players, but they have still been unwavering in their support for me. They have always been at the end of the phone when I needed them and I have loved having them alongside. The biggest thing for me is their integrity as a company. I have met a lot of agents in the game and they are stereotypical of what you would expect. I consider Skillequal to be different, they don’t conform to your typical agency, they have humility and integrity at their core. I like to think I have those values as a person and that’s why I’m so proud to be a client with their company.”

Matt joined Wycombe Wanderers in December 2003 as a 19-year-old looking to make his way in the game.

On that day he put pen-to-paper, he would never had predicted he’d still be pulling on the same shirt 14-and-a-half years later.

“Wycombe is just a lovely family club,” he said.

“When I first signed my contract was 18 months and I thought I would move on again. My dream was always to prove Ipswich wrong and step back up, obviously that never quite happened.

“I did my first 18 months, was really enjoying my football under John Gorman, signed a new contract. I then loved my time under Paul Lambert, signed another contract, then another one after the club got promoted.

“By that point, I had settled in, got to know the people, found a place to live with my now-wife (girlfriend at the time). Before you know it would have been a big move compared to my early years with the club.

“I could have left two or three times, I could have stepped back up at one point, but Gorman was at the club and I loved playing for him.” 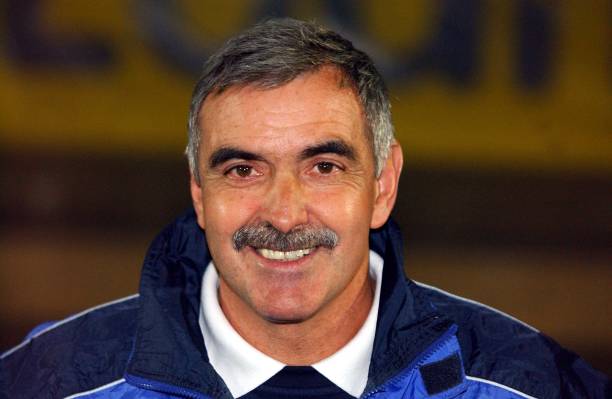 As much as he’s a fan favourite in Buckinghamshire, it’s very clear that the feeling is mutual between the player and the The Chairboys.

“I got to 10 years and had a testimonial, now I am coming up to 15 and it has gone by in an absolute flash. It’s been an absolute rollercoaster and I have loved it!

“There’s obviously been some tough times with injuries and relegations but that’s what makes the game what it is. Football is a drug for all of us, you are always searching for those high points, and you put your heart and soul into it, because those high points are so high.

“I could have earned more money by moving around to different clubs but everyone does that and I’m quite proud of the fact I haven’t.

“You don’t see that often, especially today, where contracts are usually one or two years maximum plus the turnover of managers is so high and they bring in their own players.

“I love playing for Wycombe Wanderers, the badge and representing the supporters every week. You grow an affinity and it takes more to leave than a young player new at a club.”

Despite having experienced promotions, relegations, play-off campaigns, cup runs, a goal on his 400th league appearance, and a testimonial against Jose Mourinho’s mighty Chelsea, Matt’s highlight from his time at Adams Park is somewhat of a surprise.

“As funny as it sounds my greatest achievement at the club was a near failure. We were nearly relegated out of the league, surviving on the final day away at Torquay.

“The fact we managed to survive then four years later we are in the position we are in trying to get out the other end of the league, makes me all the more proud because I’ve seen that journey through with the manager (Gareth Ainsworth).

“We are the only ones that are still here. We experienced that day at Torquay and I have seen how much he has grown since.  To still be on that journey with him is incredible. So as much as that was almost one of the lowest points in my career, it might actually be one of the best to see how the club has grown since.”

In stark contrast to the 2013/2014 season, this campaign sees Wycombe Wanderers sitting in the automatic promotion places in League Two.

Despite just two defeats in 13 matches at the end of 2016/17, Gareth Ainsworth’s men were not one of the favourites to go up before a ball was kicked but have found the consistency needed to challenge at the top.

And with matches against a host of fellow promotion and play-off hopefuls still to come, Matt feels The Chairboys’ destiny is certainly in their own hands as they look to get back to the third-tier for the first time since 2012.

“At the start of the season we would have taken play-offs but I think the position we have got ourselves in now, automatic promotion has to be the target.

“It’s been a tough eight months since pre-season, and we have earned the right to go and achieve something and that’s what we aim to do.

“There are no easy games in this league, they are all competitive. Teams at the bottom often beat teams at the top, that’s just the way it goes. We have to be completely on our game if we want to achieve anything.” 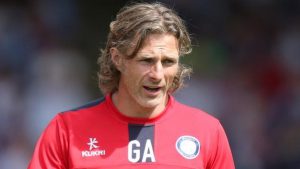 Gareth Ainsworth’s side are well in the promotion hunt.

As ‘Mr Wycombe Wanderers’, Blooms’ responsibilities do just not fall inside the white lines of the pitch.

Over the years Matt has been involved in a lot of the club’s great community work, something he relishes the opportunity to be involved with.

“As a club we have always tried to be proactive and take on initiatives within the community and I’ve been at the forefront of that. There’s been a few different campaigns I’ve been a part of and I have loved it!

“I think it’s just something that has grown over the years, the longer you are at the club the more people look at you to lead these initiatives, and it’s something I have always enjoyed.”

“I love the fact I am in the position to represent myself and the club and try to show football in a good light, it gets some bad press at times but I like trying to show that not all footballers drink champagne and go to premieres every night.

Five years into his Wycombe career, at the age of 24, Matt injured his cruciate knee ligament putting him out for a whole season. At the time it was a wake-up call which put a huge emphasis on his life after football.

This actioned the midfielder into completing a Sports Writing degree at Staffordshire University in 2011, which has seen him contribute articles to various publications, including the BBC.

In what is another string to his bow outside the realms of being a professional footballer, the Wycombe ace set-up the Matt Bloomfield Academy which runs holiday courses for kids in the local area.

“It was something I was approached to do and I had the chance to do some coaching with kids. I get to see their pure naive innocent love for the game and it’s a case of growing something outside of my football career that I could possibly take up in the future.

“I really enjoy doing it and it’s a case of giving it some love and attention, watching it grow and seeing where it will take me.” 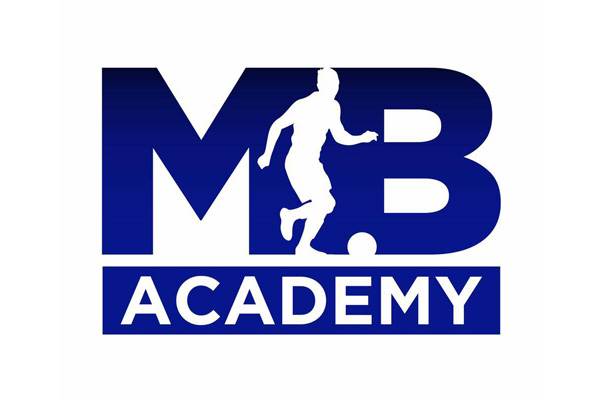 At 34, Blooms is still adamant that he has a lot more to give to Wycombe Wanderers and it’s clear that his focus is fully on gaining promotion this season.

However, as demonstrated with his media qualification and academy, he’s aware that a playing career doesn’t last forever but he plans to stay within the game after hanging up his boots.

“When my football career finishes I will need to step into something to support my wife and kids. A league Two career does not give you the luxury to retire and play golf for the rest of your life.

“To be honest, coaching and management is a big thing for me, I’m currently studying for the UEFA A Licence, that would be huge for me.

“I left school in 2000 at 16, and I’ve been to a training ground virtually every day since, so football is obviously a huge part of my life.

“But if management doesn’t come off, something in the media or writing, or agency work. I just always see my career in football because that’s what I’ve always done. I like to think I’ve educated myself enough that I would be able to walk through a door if it was opened for me.”

It would be fair to say that when the time comes to say goodbye to playing, Matt Bloomfield will be involved in football in some capacity. After 14-plus years of extraordinary service, Wycombe Wanderers fans will be hoping that future involves them.