The weather’s getting colder and the days seemingly shorter now the clocks have gone back, but there’s been a lot of red-hot performances from our players in recent weeks.

Starting with Jack Marriott, and since scoring in both open-play and the penalty shootout in Derby County’s famous League Cup victory at Manchester United, the striker has really found his feet at Pride Park.

Jack has netted five times in his last six games in all competitions, including one against Chelsea at Stamford Bridge as the Rams narrowly lost 3-2 in the following round of the cup.

The 24-year-old, who has received praise from boss Frank Lampard, also notched in victories against West Brom, Sheffield United, Birmingham, and the draw at QPR, as County now sit in the play-off positions.

As well as helping the Midlands side move up the table, the former Peterborough star’s goals see him sit level with Tottenham Hotspur’s Harry Kane as the country’s highest scorer (39) in league and cup competitions since the start of the 2017/18 season.

?? Most goals in English league and cup competitions since the start of last season:

The @dcfcofficial man is at it again today! #DCFC pic.twitter.com/tDXw7lnfUF

It’s great to see Jack flourishing in the Championship. We knew he had the talent to do so and he’s showing that he’s at the right club and under the right manager to keep developing.

We now move on to the division Marriott and Derby are aiming for – the Premier League – where Burnley’s Robbie Brady has returned from injury.

Following 90 minutes for the U23s, the 26-year-old made his first two appearances since December 2017 in matches against Chelsea and West Ham.

These performances have seen the midfielder earn an immediate recall to the Republic of Ireland squad for November matches against Northern Ireland and Denmark. 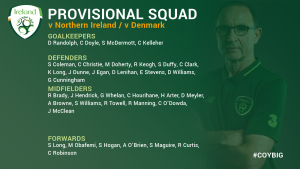 We’re so happy to see Robbie back out there in the top flight again as we know how hard he’s worked to comeback from his injury and the setback he suffered.

Over the past month, the 20-time champions of England have collected 10 points from a possible 12 and pulled off a fantastic 2-1 Champions League comeback victory away to Juventus.

Off the pitch, the former England midfielder has been helping sort through over 1,000 pairs of football boots which have been kindly donated to the Michael Carrick Foundation and Manchester United Foundation in aid of Carrick’s Boot Room.

Brilliant effort from @Carras16 and co. sorting through 1000+ pairs of donated football boots for @_MCFoundation and other @MU_Foundation Street Reds projects! ?? #carricksbootroom pic.twitter.com/LCXuxwsEYF

In case you missed last month’s update, Michael is also donating all profits from the sale of his newly released autobiography ‘Between The Lines’ to his Foundation which helps children feel safe and inspired to achieve their goals.

The Hammers skipper spoke openly about a number of things at the London Stadium and the changes since Manuel Pellegrini arrived in the summer.

We now go to League One where Matt Clarke and his Portsmouth side continue to excel as they sit top of the table after losing just one of their first 17 matches.

The centre-back has played every minute so far for Pompey and scored his second league goal of the campaign in the 2-2 draw against Burton Albion in October.

Also at Fratton Park we’re pleased to say that Andre Green is nearing a return to first-team action following a minor knee operation.

Boss Kenny Jackett has been talking this week about his excitement of having winger – on loan from Aston Villa – nearly available to him.

We’ll be there to support Andre when he appears in the blue shirt once more and are sure – after a difficult start – he’ll bounce back to show why he’s been a Championship player.

To two players at other sides going well in the third-tier now, and we’ll start with Barnsley’s George Moncur.

The midfielder scored his first league goal of the season and assisted the other three in the impressive 4-0 victory at then table-toppers Peterborough United which saw him named in the EFL Team of the Week. 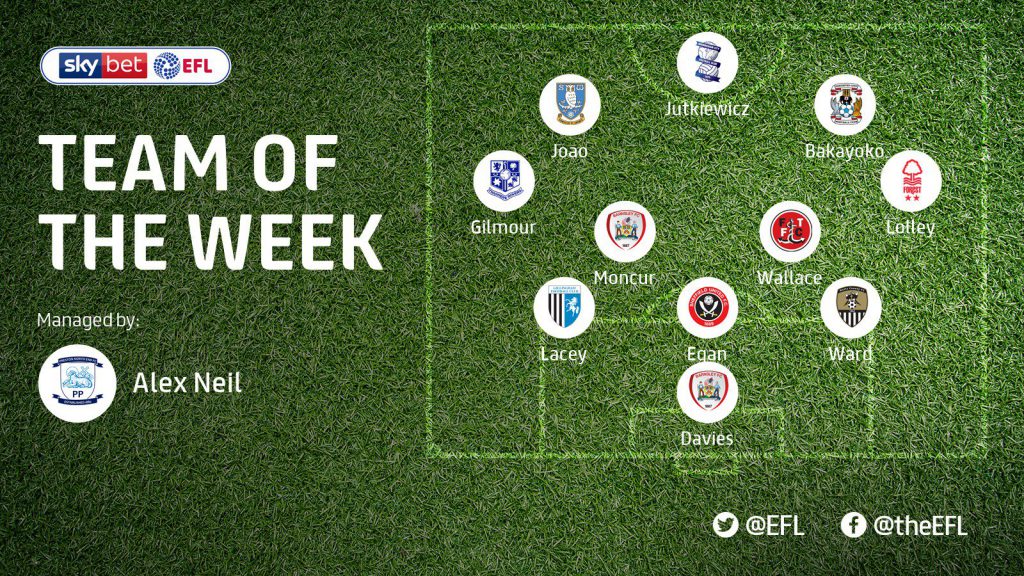 George also started in victories against Luton Town – where he grabbed another assist – and Bristol Rovers as the Tykes sit fourth in the table.

Despite losing to Barnsley, Nathan Jones’ Luton Town are really starting to become a force at this level.

The talented Welsh head coach has overseen a run of just that one loss in nine matches which sees the Hatters fifth and firmly in the hunt for promotion.

Midfielder Glen Rea has been captain during that period, leading by example and scoring his first of the season in the 2-0 victory against Walsall.

Staying with Luton, and Ipswich Town midfielder Flynn Downes has been talking about the benefits of his five-month loan at Kenilworth Road last term.

The 19-year-old grabbed the opportunity to get game time with both hands and is now reaping the rewards having appeared 10 times in the Championship this season.

We hope the chances keep being presented to Flynn under the guidance of new Tractor Boys boss Paul Lambert.

So, as you’ve seen, it’s been yet another rewarding month for our Skillequal family. We’ll be back to update you on more success stories in the run up to the busy Christmas period.